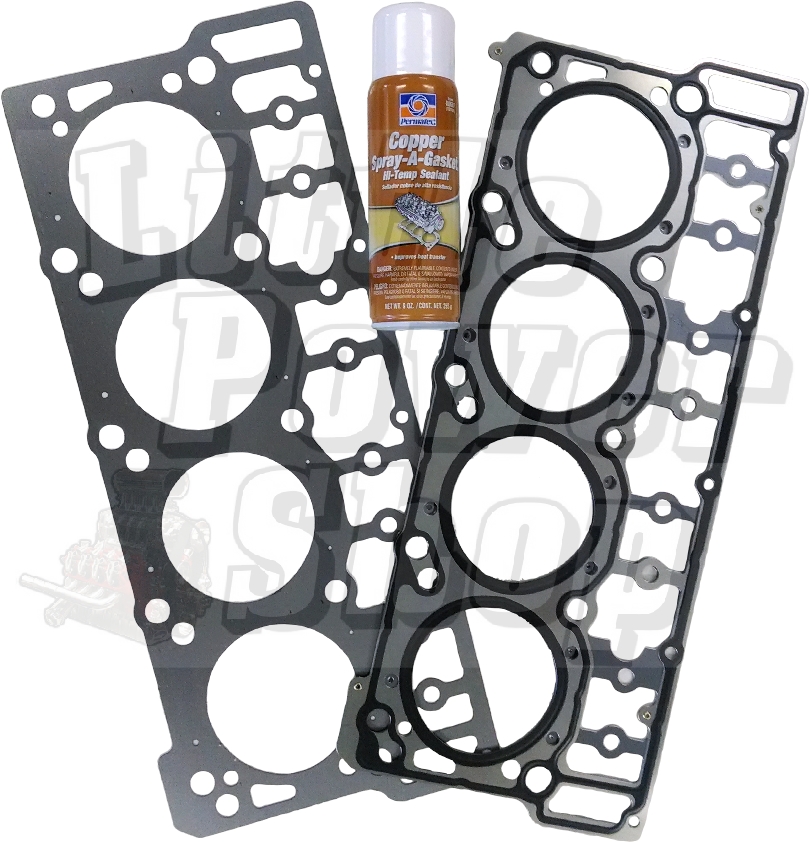 Since the infamous 6.0 Powerstroke has been out in use for well over a decade we are starting to see more and more problems that we haven’t had to deal with before. We all know that the Ford 6.0 Powerstroke engine has it’s fair share of head gasket problems. These trucks are getting enough miles on them that they are coming in for their second set of head gaskets. Worse yet, some trucks have been run for a long time with bad head gaskets or stretched head bolts which lead to cylinder head or block surface damage. So what’s the huge problem we are running into?

If the head gaskets were already done once and someone did it properly, the heads should have been surfaced. It usually takes somewhere between .006-.008 to clean up most virgin heads. And yes, I don’t care what Ford says, you can surface the heads. There is absolutely no reason to replace them if they are warped. I couldn’t guess how many 6.0 Powerstroke head gasket jobs we have done and every single one of them we surfaced the heads. If you know what you are doing, there is absolutely no problem with this. But we are starting to have a problem if the truck is coming in for it’s second set after a failed job or worse from someone who ran the truck with bad gaskets for a while. What do you do if you need to take more than .010 off the head? Why throw away an otherwise good head?

A couple of years ago we decided to have some steel head shims made to test. We had a truck that had severe grooves wore into the head from the head gasket being bad and we needed to take roughly .015” off the head surface. This would cause all sorts of geometry problems with the valve train, put the valves too close to the pistons, and just be a problem in general. So we had a company design a 6.0 Powerstroke Head Shim to our specifications. This shim is .020 thick and goes directly onto the engine block with adhesive gasket material. You then put your cylinder gasket on like normal. This worked excellent!

So every time we got a head or pair of heads that needed severe surfacing, we installed a set of shims and saved the head. There is absolutely no reason to throw away an otherwise good head if it can be surfaced. We have had a set of shims running in our own Low Dollar Hauler shop truck for over a year now with absolutely no issues. We use the truck mainly for towing and it gets used hard. We have been using it for a daily driver for the past 6 months as well to make sure there are no issues at all. Between all the customer trucks we have done and our own that has held up so well, we feel there is absolutely no reason not to release them to market and start saving everyone a fortune by not having to buy new heads constantly.

I know what you are thinking, the 6.0 Powerstroke already has enough head gasket problems without adding something else in there to go wrong. We were skeptical at first ourselves, but after spending a fair amount of time on this we are confident in these shims.  Here are a few questions we have encountered along the past couple years:

If you are working on a 6.0 Powerstroke and need to measure your heads to see what you need to do, here are the specs to give to your machine shop if they do not have them:

Maximum amount you can remove for a virgin head - .008”