The start of this year marks a little better than 17 years of being involved in the diesel pickup performance industry. I have seen a lot of companies, people, trucks, and ideas come and go. And as much as I’m excited for the future and where technology is taking us and what it is allowing us to do in the aftermarket, I’m slowly becoming more and more angry. Extremely angry.

Profit is not our sole motive.

While I suppose as the industry grows and becomes more commercialized it will become diluted with those whose passion is nothing more than profit at any cost. But I’m really getting sick of it. I’m not sure if many people realized the amount of time that people have into inventing and perfecting some of their products. There are endless hours of testing and discarding failures on the path to perfection for the sake of perfection. The other thing that most people do not realize is that inventing a new product, design, or process isn’t borne from the desire to make money usually. It comes from a desire to solve a problem that the inventor has encountered. He is trying to make life easier for the consumer. He is trying to give your truck better performance or more reliability. Profit is the expectation that the inventor has that equal to the expectation of fullness after you have eaten. You have identified a problem, hunger. You have come up with a solution, food. And you expect a reward, fullness. But unfortunately some perversion of this is taking place in our industry and when you look around it’s happening everywhere.

It’s a race to the bottom.

So here is exactly what is happening. Someone comes up with a new product, process, or idea. They develop it and put in the work to bring it into existence. Within six months or less of the new thing being introduced it is exactly copied and put on the market for a percentage less. The original producer of the product usually has no choice but to lower their price to match. Then the thief lowers his price again in response and it’s a race to the bottom. Unfortunately the thief does not have the expense of development to recoup nor the righteous expectation for a fair profit for one’s work. They will drive the price down to the point that the original producer no longer can afford to sell their own idea. One could argue that if the original producer had done a better job branding and marketing themselves they may be able to charge a premium price. But unfortunately there are two problems with that.

First, it’s the customer’s fault but we cannot blame them.

Unfortunately some of the responsibility falls onto the customer but they can’t be blamed. In the past couple of decades we all have been conditioned to not buy the best our money can afford us, but rather the most our money can afford us. We do not buy the best computer we can find, we buy the cheapest that will do the job with the expectation of throwing it away in a year or so. This mentality has crept into every market. So when their only variable when looking at seemingly identical products is price, they of course will buy the less expensive product. If we are expecting to sell products and services to the masses in today’s age, we cannot expect a consumer to research every last product or process to find out who the rightful inventor was. They just don’t have the time or probably the desire. They just want a quality product that solves a problem for the least amount of money possible. No one can be blamed for that. 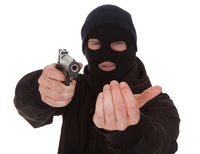 The second and real issue is the idea thief.

I’m sure some of you are reading this and have thought that I am angry at competition or the free market. I am not. I encourage and respect the man who can look at something I’m doing, become inspired and do it better than me. You have no idea how much I long to see a spark of originality like that in my competitors. I’m angry about something completely different. Let me explain. Let’s say I invent the first electric toaster. I haven’t really come up with anything earth shattering as people have been able to toast bread for ever on the stove or over a fire. I just identified a way to make someone’s life easier and produced a product that solved a problem. Let’s say my first toaster is a two slice unit and it has no timer. I fully expect the free market to take the idea of the electric toaster and make it better. I expect there to be more sophisticated versions with better timers, more efficiency, more slice capacity and so on. I would respect these men and it would push me to make my toasters better in competition. What I am angry about are the people who would take my toaster and make a carbon copy of it except for maybe a logo change. Our two products are completely indistinguishable to the average consumer in every way except price. The thief did not do an ounce of thinking beyond what a basic copier machine is able to muster. It has no understanding of the words on the paper it copies, it only reproduces them. It is the lowest of all the intelligence that went into producing the words on that paper.

So how should we deal with these thieves?

This is really pointed at my fellow businessmen more than anyone else. We should deal with them as the thieves that they are. For some reason in this day and age of internet sales and marketing we do not assign the crimes of the thieves like we would in any other setting. Imagine if you had raised pigs from birth to maturity and right before you were ready to take them to market a thief came in and took half of them. The thief then takes them to market and sells them at a discount because they do not have a nickel in the feed or time that took to raise that pig. Worse yet the distributors of pig meat buy these discounted pigs because their only measure is the percentage they can make off each pig. And perhaps even more hurtful are your other customers or business partners who are willing to sell this discounted stolen pig instead of yours. All the while you sit back with the knowledge that no pigs would exist if it wasn’t for you starting with a group of piglets that you raised to maturity. The knowledge that you spent months knee deep in the pig shit required to bring the pig to market while the thief never dirtied even the bottom of the sole of their shoe.

And somehow today we do not treat this thief and his accomplices as the criminals they are. Most do not have the time, resources, or desire to work their way through a court case that would mostly likely eat up any profits we would have made from said products. So the producers remain quiet. Even worse is that everyone knows everyone. And out of some perversion of morality that the world has come to accept, we shake hands with the thieves when we bump into them like long lost friends. I think from now on we all should treat them the same way that farmer would if he found the thief holding his pig two miles from his farm. Instead of the hand shake they receive now they should be met with the violence any thief deserves. They should walk away from that meeting with the broken nose they deserve.

Until we all decide to not put up with this bullshit anymore it will continue with our sanction. By just letting it go and gritting our teeth and not rocking the boat we allow it to continue. We are willing to bear the pain and grief of building a business or creating a product but not the consequences of actually speaking our mind. Which is our failure. I’m for one done with it all. I’m angry. I will be handing out broken noses instead of handshakes in the future to the thieves in life. I encourage you to do the same.