A Nitro gear change will help get that performance and economy back! It is a common misconception that lower gears are only for hardcore off-roading, in actuality the average daily driven vehicle can see huge improvements in both performance and economy by properly matching their vehicles gear ratio to their tire size all while reducing strain on the vehicles drivetrain. We at Nitro Gear and Axle realize the difficulty for the average consumer or install shop to compile the list of parts and prices required when doing a gear change. To make it easier for everyone the experts at Nitro are introducing an industry first - Gear Packages for many popular 4x4 applications. One part number. One price. One click away.
Details: 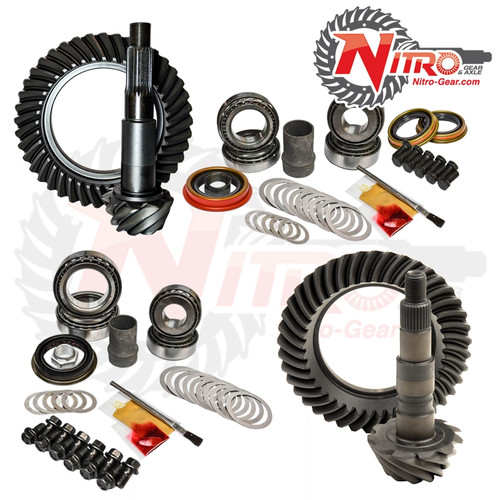