The 6.7 Cummins diesel engine is a straight-six, 24 valve turbodiesel released for Dodge Ram trucks in 2007. It was the first of the big three to hit the 1,000 torque power level and currently produces 1,075lb-ft of torque. It is associated with being one of the best light truck diesel engines, however, it has had some issues. The 5.9 Cummins was retired due to emissions regulations and the 6.7 Cummins received numerous emissions systems which have been problematic since its introduction. The newer 6.7 Cummins tend to be more reliable than older years, but problems tend to affect all generations of the engine. 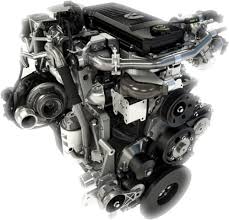 The ISB 6.7 Cummins turbodiesel engine is known to have a few common faults, including clogged DPF, turbo failure, head gasket failure, valve seat issues, and intake clogging due to the EGR. Many of these issues are related to emissions parts, but the turbos and head gaskets can also fail occasionally. It's important to note that these issues are considered the most common, but not necessarily the most widespread among 6.7L Cummins diesel engines. Certain years, specifically the earlier model year Dodge and Ram trucks, may be more prone to these failures, as it is natural for all engines to have a few issues in their early years. However, many 6.7 Cummins engines still suffer from these faults. The rest of this article will discuss each of these problems in-depth and provide an overall assessment of the reliability of the Cummins 6.7L engine.

Diesel particulate filter (DPF) clogging is a common problem on the Dodge Ram 6.7 Cummins engine. Initially, Dodge opted to avoid using diesel exhaust fluid (DEF) which leads to more particulates which can quickly clog the DPF. These clogging issues were so problematic early on that Dodge rolled out multiple PCM re-flashes in an attempt to reduce the occurrence. In 2013, Ram pickup trucks received SCR emissions control systems along with diesel exhaust fluid which helps reduce particulates, thus DPF clogging is less common on the later year 6.7 Cummins. However, it still affects many trucks, especially as mileage builds up or after excessive idling. Running with a highly clogged exhaust DPF is bad for the engine as it causes a build-up of back-pressure, leading to more heat and stress on the engine. To avoid this, it is important to ensure your 6.7 Cummins DPF is functioning properly. 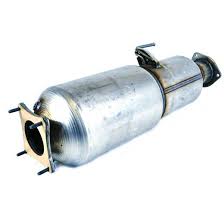 One of the main symptoms of a clogged DPF on the 6.7 Cummins engine is power loss. Exhaust gases can't escape efficiently, which causes a build-up in exhaust back pressure, making the engine and turbo run poorly. This is especially true if the engine enters low power mode due to the DPF clogging. Other symptoms include long cranks or engine fault codes. The DPF is an expensive piece of emissions equipment, with even refurbished filters costing well over $1,000 and original filters being nearly double that. Dodge and Ram 6.7 Cummins owners have a few options to address the issue. Some have success in pressure washing the OEM DPF, but this may only be a short-term solution. Unfortunately this will be an issue that every 6.7 Cummins engine will need addressed at some point. There are some reasonable aftermarket replacements for the earlier trucks on the market currently. It is expected that the later models will be covered soon as well.

Turbo problems or failures are more common on earlier model 6.7 Cummins engines. However, it can happen on any year as turbochargers naturally take a lot of abuse. Some issues that may occur with the 6.7 Cummins turbo include leaking oil seals, worn bearings, sticking VGT parts, and compressor or turbine wheel damage. As the turbos age, leaking oil seals and worn bearings are among the most common issues. 6.7 Cummins turbos run at high RPM's, over time the bearings may wear down and lead to excessive shaft play, if left alone it may contact the housing and result in complete failure. To avoid this, it is important to allow the oil to reach operating temperatures before pushing the Dodge Ram 6.7 Cummins too hard and let the truck idle for a couple minutes before shutting down the engine to help cool the turbo. Turbo problems can happen at any point, but it becomes more common after 120,000 miles. A turbo rebuild may be possible, but if your 6.7 Cummins is high mileage on the original turbo, it may make sense to replace the entire turbo. 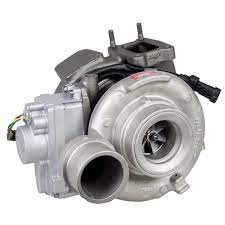 Symptoms that may indicate an issue with the 6.7 turbo include slow spool, poor performance, excessive smoke from the exhaust, and whining sounds. Other possible symptoms include sudden failure resulting in drastic amounts of smoke and oil loss, moderate smoke when the turbo seals are on their way out, and whining sounds, slow spooling, and not reaching the target boost as the turbo fails over time.

It is recommended to run the exhaust brake feature as much as possible. This ensures that the Variable Veins in the turbo are constantly moving and preventing soot build up. At some point, if the turbo does fail, there will be no choice but to replace the turbo along with the actuator.

Head gasket problems on the 6.7 Cummins are far more common than on their 5.9 predecessors. High cylinder pressures may be to blame for the head gasket failures. Adding a high horsepower programmer seems to cause head gasket failure more quickly. Symptoms of a blown head gasket on 6.7 Cummins include white smoke with a sweet smell, oil mixed with coolant, coolant mixed with oil, and overheating. Most often, the main symptom is excessive buildup of pressure in the coolant overflow bottle. The 6.7 Cummins has a multilayer steel gasket. When the gasket it compromised it allows the cylinder pressures to enter the coolant system. The only way to repair this is to replace the head gasket.

Due to the EGR system pulling exhaust gas back into the system soot will build up in the intake tract over time. The EGR valve itself will start to get a build up of black goo that will prevent the valve from closing properly. This will lead to poor performance and smoking from the exhaust. If it is stuck open far enough it can sometimes prevent the engine from starting. 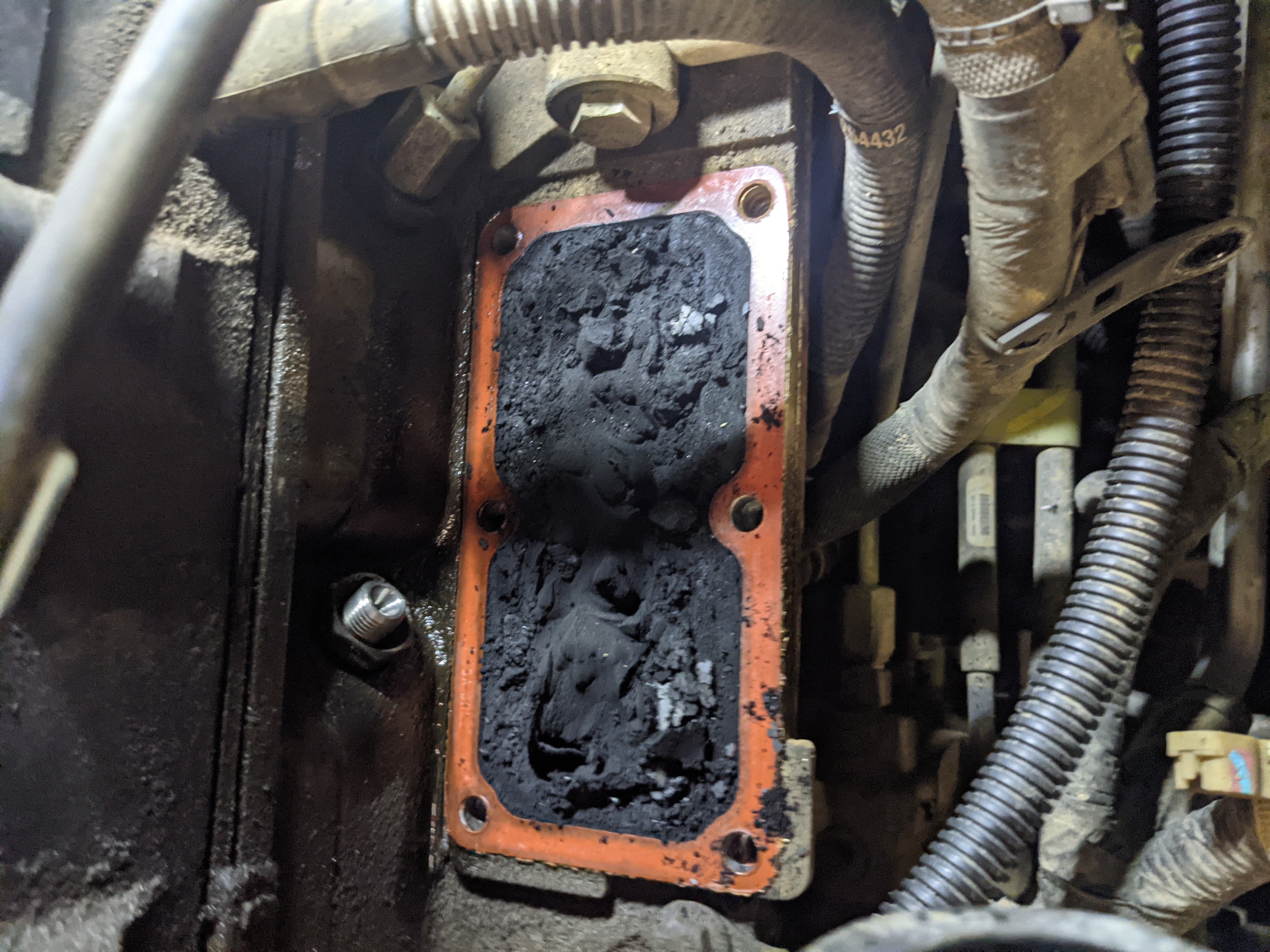 The intake grid heater is located right below the intake horn on the front of the cylinder head. This grid also will plug up with soot. Over time this will reduce the amount of air the engine is able to receive from the turbocharger. They can get so plugged that the engine will not enough air to operate much above an idle.

While not super common, valve seats dropping happens enough to make this article. Throughout the years, the 6.7 Cummins engines will have a valve seat come loose which in turn causes the valve not to close all the way. This leads to piston and valve contact. If caught quick enough, replacing/machining the head along with a new piston will all that will be required for repair. Unfortunately, many times severe internal damage is caused which will require replacing or rebuilding the engine.

While there is now preventative maintenance that could prevent this failure, it is a good practice to have the valve seats checked or replaced if you are doing a head gasket replacement.

Overall, the 6.7 Cummins engine is a great performer. It is extremely quiet and produces respectable power in stock form. As with any engine, proper maintenance is key to long life. Ensuring that you are changing your oil at proper intervals with the specified oil will help prevent many issues. If you ever need replacement parts for your Dodge 6.7 Cummins engine, please give us a call!